On the 5th of July, the European Society of Human Reproduction and Embryology (ESHRE) kicked off its 36th Annual Meeting with 12,191 participants from all over the world. Due to the Covid-19 pandemic, ESHRE had organised a three-day virtual conference with 74 sessions in six parallel tracks.

ReproUnion colleagues were well represented, also on the pre-congress course day, where Linn Salto Mamsen presented lessons from early human gonadal development. She concluded that male fetuses may be more vulnerable to environmental pollutants than female fetuses, and some of the findings originate from her ReproUnion supported PhD about the concentration of carbon fluoride in human embryos.

Jenny Grühn presented research results from the study ‘Chromosome errors in human eggs shape natural fertility over reproductive lifespan’. ReproUnion has previously reported on the publication of the study in ‘Science’. “ESHRE was a unique chance to showcase our work and highlight the importance of close collaboration between basic scientists and clinicians. It was also exciting to present our research at one of the biggest conferences in reproductive science and medicine,” says Jenny Grühn, postdoc in the research group of ReproUnion challenge 3 Member, Eva Hoffmann at the University of Copenhagen. 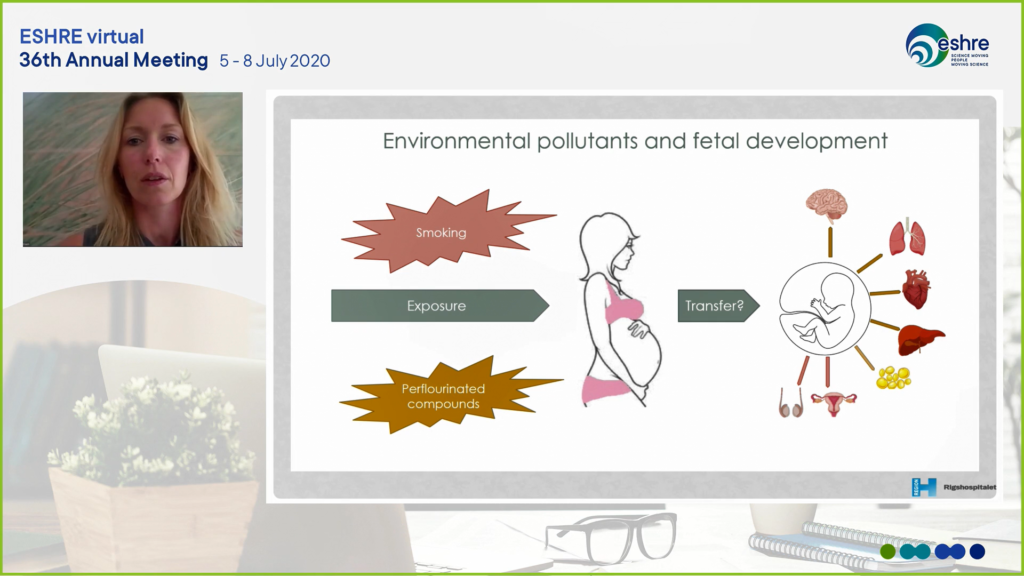 Educate, assess and counsel – who, how and when?

In 2011, ReproUnion funded the set-up of the fertility counselling service at five different locations in Greater Copenhagen. By the end of 2018, the service had provided around 3500 consultations and inspired similar activities in other countries around the world.

Under the above title, Anders Nyboe Andersen shared his experience and recommendations for fertility counselling as part of the fertility awareness session at ESHRE, which was co-chaired by Søren Ziebe from ReproUnion’s Executive Board.

“We know that both women and men remember the consultation several years after. Many women see the consultation as a catalyst for change, in general towards advancing their attempts to conceive. Men feel empowered after the fertility counseling because they are equipped with concrete information that can inform their parenthood plans and decision making,” said Anders Nyboe Andersen, Professor Emeritus, who has been in charge of the Fertility Counselling at Rigshospitalet from the beginning and until it was ready to stand on its own feet in 2019. In this Interreg video you can hear more about the journey. 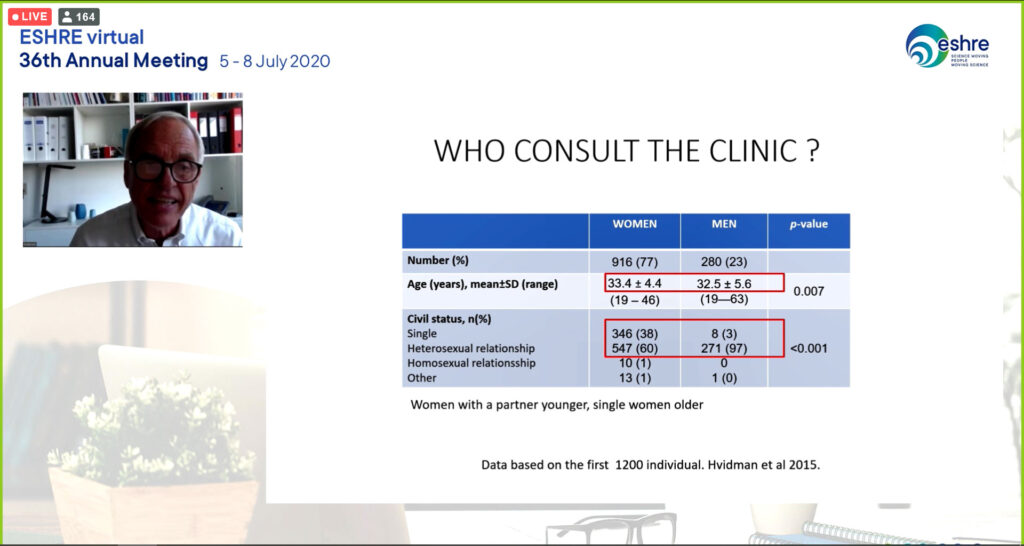 This year, ESHRE selected posters from two ReproUnion-supported PhDs to be on e-display at the virtual conference.

Sacha Stormlund presented her poster Progesterone levels on day of ovulation trigger in the fresh cycle and ongoing pregnancy rate in fresh and frozen cycles. Last year, Sacha Stormlund received ESHRE’s Clinical Science Award for her oral presentation about the ‘success rates after freezing all embryos for later transfer being no better than with fresh transfers’. These were part of the results from her PhD, which she successfully defended in June 2020.

Stine Lunding presented her poster No sign of actin polymerization or Hippo pathway inhibition in fragmented human ovarian tissue. Her PhD study set out to promote follicular activation and fertility in infertile women with diminished ovarian function. The aim was to test the hypothesis that fragmentation and auto-transplantation of ovarian cortical biopsies may disrupt the normal inhibitory signals on initiation of follicle growth, and thus increase the number of developing follicles. This would result in an increase in the number of oocytes available for either natural conception and/or for IVF.

ReproUnion SUMMIT celebrates results in preventing and treating infertility and looks to the future!

It was a fantastic day, when the ReproUnion network met on 2 September to hear and discuss how multi-disciplinary collaboration drives innovation and competence development in reproductive health - now and in the future! Together, the excellent speakers connected...

END_OF_DOCUMENT_TOKEN_TO_BE_REPLACED

On 16-19 June 2022 close to 100.000 people stopped by Folkemødet - the Danish democracy festival when, for the first time after two years with Covid-19, the island of Bornholm could again set the scene for a full democratic dialogue between civil society, politicians,...