Fostering the next generation of researchers is vital to meet the future demands of managing and preventing infertility problems. In 2015-18 ReproUnion supported 24 research projects and here we feature Selma Kløve Landersø and Pernille Udesen, who were among the first to virtually defend their PhDs during the COVID-19 pandemic. They were closely followed by Sacha Stormlund and her Freeze-all strategy in ART project, as well as Kristina Wendelboe Olsen, whose PhD revealed novel insights to the understanding of female reproductive ageing. 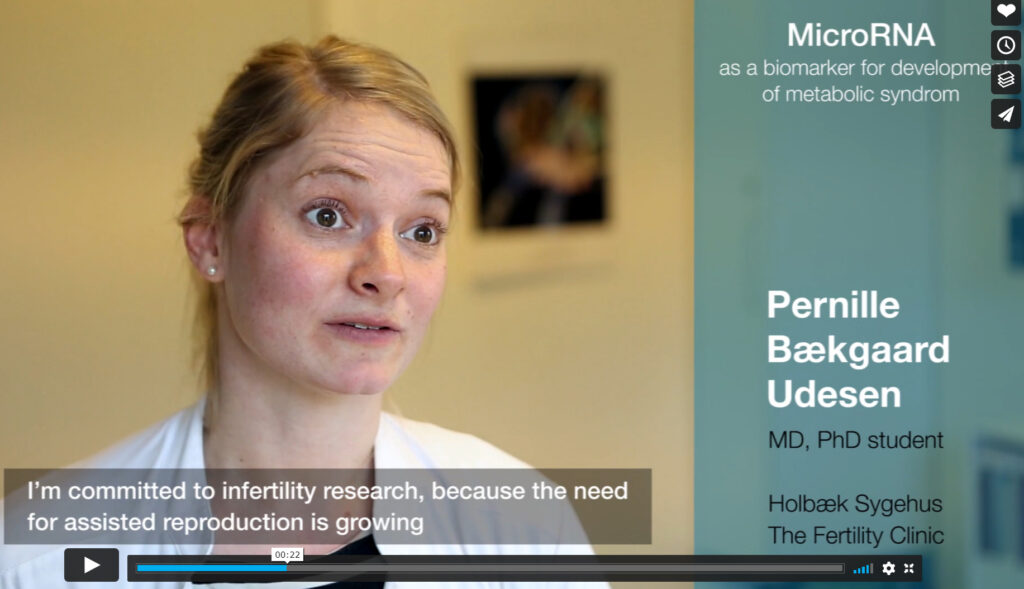 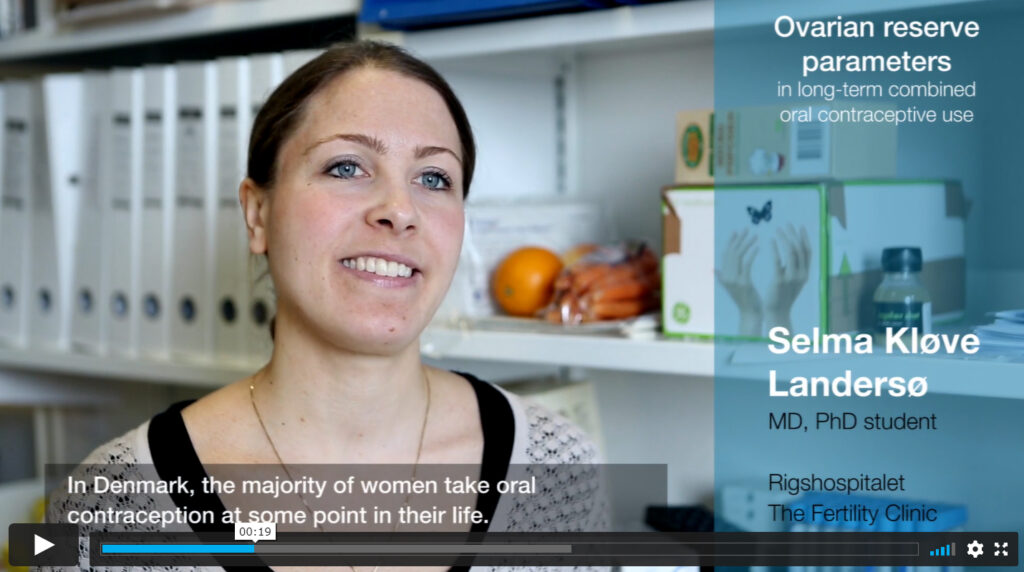 Epigenetic Biomarkers of Metabolic Syndrome in women with Polycystic Ovary Syndrome
By Pernille Udesen, Zealand University Hospital, who defended her PhD on 27 May 2020.

Polycystic ovary syndrome (PCOS) is the largest endocrine disorder of reproductive aged women. Women with PCOS have, beside reproductive challenges, a threefold increased prevalence of metabolic syndrome (MetS) compared with weight-matched controls and many will develop type 2 diabetes (T2D).
Despite these facts and because screening strategies vary substantially between guidelines there is no consensus of how this increased risk should be managed. Since screening of all women with PCOS is not applicable, there is a demand for biomarkers to stratify the risk of women with PCOS.

This PhD-project set out to explore the epigenetics of PCOS to find possible markers or predictors of MetS and T2D and thereby predict, which of the women with PCOS would develop severe metabolic disease.

Pernille investigated the possibilities of microRNA and DNA-methylation as predictive biomarkers and at her PhD defence she commented how a possible microRNA biomarker had been identified, which is a very interesting, important, and promising result.

There were three distinct parts of the study:

– Study I and II were based on a 6-year follow-up study of 46 women with PCOS and nine controls and a cross sectional validation study of 140 women with PCOS and 29 controls. Parred serum samples were used both for analysis of 96 selected microRNAs and for digital droplet qPCR to estimate the number of demethylated and methylated copies of INScfDNA – a possible marker of Beta-cell loss. The cross-sectional study with analysis of 24 selected microRNAs was used to validate the findings in the first part of the study.

– Study III was based on a study of 65 women with PCOS, who were randomized to three treatment groups (metformin, oral contraceptive pills or a combination) for 12 months. In this study 24 microRNAs were analysed in paired serum samples.

Pernille concluded that miR-122-5p is a promising, most likely non-PCOS specific, biomarker for MetS, whereas methylated INScfDNA probably has limited use in predicting metabolic risk factors such as prediabetes. Further, that miR-122-5p reflects the clinical state of the women and possibly also their metabolic hepatic health.

Ovarian Reserve Assessment during Use of Hormonal Contraceptives
By Selma Kløve Landersø, Rigshospitalet, who defended her PhD on 3 June 2020.

In collaboration with The Fertility Assessment and Counselling Clinics at Rigshospitalet, Herlev Hospital and Hvidovre Hospital, Selma and her colleagues found the following results: After discontinuation of the contraceptive pill, the ovarian reserve markers normalized within two months and could thereafter be measured reliably again. Further, they found that the markers were also decreased among users of the progestin-only pill and partly the desorgestrel containing intrauterine device. Thus, cautious interpretation should be made in case of particularly the very low levels of the ovarian reserve markers since it is not possible to differentiate the effect of the hormonal contraception from a condition of a diminished ovarian reserve. Last, in an epidemiological study, Selma and colleagues showed that many women are concerned, whether use of the contraceptive pill impair their fertility and that this is causing women to discontinue. However, this concern is scientifically unfounded, and past users of the contraceptive pill have equal fertility rates one year after discontinuation as non-users.

In 2019 the European Journal of Contraception & Reproductive Health Care published the article:
Ovarian reserve markers in women using various hormonal contraceptives as well as
Concerns on future fertility among users and past-users of combined oral contraceptives: a questionnaire survey

ReproUnion SUMMIT celebrates results in preventing and treating infertility and looks to the future!

It was a fantastic day, when the ReproUnion network met on 2 September to hear and discuss how multi-disciplinary collaboration drives innovation and competence development in reproductive health - now and in the future! Together, the excellent speakers connected...

END_OF_DOCUMENT_TOKEN_TO_BE_REPLACED

On 16-19 June 2022 close to 100.000 people stopped by Folkemødet - the Danish democracy festival when, for the first time after two years with Covid-19, the island of Bornholm could again set the scene for a full democratic dialogue between civil society, politicians,...