Home NewsBaby born from woman with ovary frozen in childhood

Baby born from woman with ovary frozen in childhood

A woman in London has given birth to a healthy baby boy after doctors restored her fertility using frozen ovarian tissue that was removed when she was a young child. She is the first in the world to have a baby after having an ovary frozen before the onset of puberty. The woman was born with beta thalassemia and she needed chemotherapy to survive. When she was nine years old, she had her right ovary removed and fragments of the ovarian tissue frozen.

Professor Claus Yding Andersen from Laboratory of Reproductive Biology at Rigshospitalet was last year one of the surgeons who transplanted five slivers of the ovarian tissue back into the woman’s body.

Claus Yding Andersen says about the operation: “This result is very good news to young girls, who before puberty run the risk of having extinct ovarian function either due to cancer or due to chemotherapy, in order to obtain a new bone marrow. If they have some ovarian tissue frozen prior to treatment, we now know that they have a chance for having fertility restored in adult life.”

Worldwide, more than 60 babies have been born from women who had their fertility restored, but this woman is the first in the world to have a baby from pre-pubertal freezing.

In the ReproUnion project we are very proud to have Claus Yding Andersen and the Laboratory of Reproductive Biology as part of the collaboration. 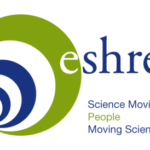 Next:
ESHRE fellowships in the ReproUnion collaboration