The results of a large CoNARTaS study were presented on the first morning of the 35th Annual Meeting of ESHRE in Vienna by Dr Anne Lærke Spangmose from Copenhagen University Hospital in Denmark.

The transfer of embryos cultured for five or six days (instead of two or three) after fertilisation in IVF and ICSI has become routine in many fertility clinics. Many (but not all) studies show that transferring these longer and better developed embryos – known as blastocysts – will increase the chance of pregnancy and live birth.

However, concerns have been raised that this extended culture to the blastocyst stage may increase obstetric complications and increase perinatal risks. Some large studies have already shown slightly higher risks of preterm birth and large-for-gestational-age rates among infants born after blastocyst transfer than after transfer of traditional three-day embryos (or after natural conceptions).

Now, a study based on the large cohort of the Committee of Nordic ART and Safety (CoNARTaS) has confirmed these concerns and found that blastocyst transfer is indeed associated with a higher risk of preterm birth (before 37 weeks), and large-for-gestational-age rates. ‘These results are important,’ say the investigators, ‘since an increasing number of all ART treatments are performed with blastocyst transfer.’

Following her presentation Dr Spangmose was interviewed live on ESHRE’s online channel and the news was amongst others featured by ScienceDaily. You can read the full press release and listen to the interview here. 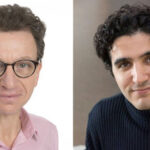 Next:
Dr Tøttenborg reported from ESHRE about the effect of paternal smoking on semen quality of adult sons