The semen quality of young Danish men is still poor despite a marked decline in the proportion of men born to mothers who smoked during pregnancy.

Since 1996, Danish researchers at Department of Growth and Reproduction at Rigshospitalet in Copenhagen have been monitoring semen quality of Danish men. During the entire period, semen quality has been poor. More than 6,000 men have had their semen quality examined and in only 22% of the men, semen quality could be considered optimal based on the number of spermatozoa in the ejaculate, their motility, and morphology. In this study, semen quality is significantly lower compared to men examined in the 1940’s. Danish men are also among those with lowest semen quality when comparing to other European countries.

The potential for the adult man’s semen quality is determined already in fetal life where the testicular development and future function can be disrupted by the pregnant woman’s lifestyle or exposure to environmental chemicals. A number of studies have shown that men exposed to maternal smoking during pregnancy have lower semen quality than other men. Accordingly, in the present study, the researchers observed that the men whose mothers did not smoke during their pregnancy had better semen quality. Therefore, it was a surprise that semen quality overall did not improve between 1996 and 2016 despite the fact that significantly fewer men have been exposed prenatally to maternal smoking. At the beginning of the study period, 40% of men had been exposed to maternal smoking during pregnancy while the number had dropped to 18% in most recent years. 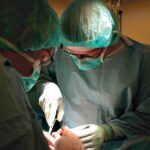 Previous:
First Study to Compare the Efficiency between two Techniques used to Retrieve Sperm in Men with Non-obstructive Azoosperia 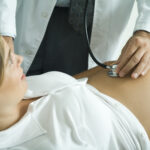 Next:
Involuntary Infertility is a Growing Problem