Their study focusses on the associations between intake of non-prescription analgesics and semen quality and male reproductive hormone levels in a cross-sectional study among 1493 European and Greenlandic men.

The team found that users of non-steroidal anti-inflammatory drugs (NSAIDs) and combination drugs including NSAIDs had a 10 % higher testosterone level than non-users. However, they have no explanation for the higher testosterone level. They observed no association between intake of non-prescription analgesics and other reproductive hormones or markers of semen quality. 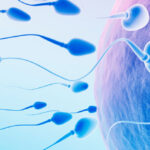 Next:
First Steps towards Creating an Artificial Human Ovary.