ReproUnion 2.0 marks the beginning of a new research and innovation paradigm within reproductive medicine in Greater Copenhagen. With seven signatures on the formal agreement, the partnership stands ready to continuously use the regional innovation force, international collaboration partners, and the triple-helix structure as leverage in its effort to solve five major global reproductive challenges, which are of great individual and social concern.

The signing partners are the Universities of Copenhagen, Lund and Malmö, Region Hovedstaden (DK), Region Skåne (SE), Ferring Pharmaceuticals and Medicon Valley Alliance, who houses the Management Unit that helps co-ordinate and communicate about the project.

“It is rewarding to see how the partnership has succeeded in demonstrating its strength as a public-private partnership, as well as being a prime example of cross-border collaboration between universities and hospitals. A recent example of the partnership pulling together was in a joint opinion article in Dagens Medicin, emphasizing how important the partnership model is to help turn around the negative fertility trend”, says Petter Hartman, CEO of Medicon Valley Alliance.

Creating a shift in a research paradigm is an ambitious undertaking, which requires the mobilization of several different research dis¬ciplines in order to generate long-term results. ”It is fascinating to see that ReproUnion has become a well-known brand among other European and even American researchers in reproductive medicine. This development is very positive and important in our efforts to include internationally leading research centers in the ReproUnion collaboration,” comments Aleksander Giwercman, Professor at Lunds University and ReproUnion Executive Board member.

The starting point of ReproUnion 2.0 has been to set visionary goals and identify the fertility chal-lenges, which, if they can be solved, will have great impact for society in general and patients in particular: 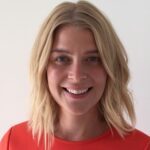 Next:
With 1000 young men enrolled, FEPOS is the world largest cohort to examine the fetal origin of adult semen quality