Fostering the next generation of researchers is vital to meet the future demands of managing and preventing infertility problems. In 2015-18 ReproUnion supported 24 research projects and we would like to congratulate all who recently defended their doctoral theses!

We now introduce you to ReproUnion funded projects from Clara Helene Glazer and Liv la Cour Poulsen as well as the project from Ditte Vassard, who is actively involved in ReproUnion 2.0.

Identification of ovulation related genes and pathways in human follicles at different stages of oocyte maturation
By Liv la Cour Poulsen, Zealand University Hospital, who defended her PhD on the 10th of January 2020

We are excited to share some of the new insights into intra-follicular processes at different stages of oocyte maturation. The results of the project contribute to our understanding of human ovarian function during ovulation, which will be valuable for future advances in reproductive medicine.

Inside ovarian follicles, communication between granulosa cells, theca cells and the oocyte secures follicle development and maturation of oocytes. A selected follicle releases a mature oocyte during ovulation so it can be fertilized by sperm.

Liv conducted a prospective cohort study including 50 women undergoing fertility treatment at the Fertility Clinic at Holbæk Hospital, Denmark. Follicular fluid and granulosa cells were collected before and at specific time points after ovulation induction. These samples allowed the study of follicular fluid composition, follicular hormone dynamics and gene regulation in granulosa cells.

In collaboration with the research teams of the Swedish ReproUnion partners Johan Malm and György Marko-Varga, proteomic analysis of follicular fluid revealed new ovulation-related proteins and found that the levels of 40 follicular fluid proteins were altered during ovulation. Furthermore, Liv and her colleagues observed a dramatic change in hormone production in the follicle, including oestradiol, testosterone, progesterone and inhibins. Consistently, their research showed two waves of transcriptional changes in granulosa cells undergoing ovulation. The first peak included genes related to oocyte maturation and cumulus expansion, and the second one included genes related to follicle rupture and transformation.

Watch the below video to hear Liv describe her ReproUnion-funded PhD project. 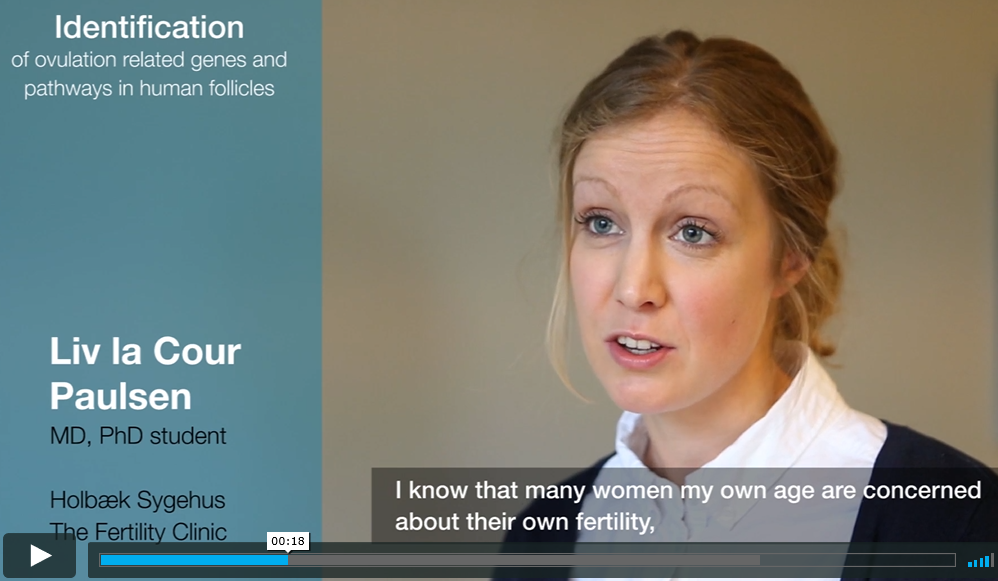 While advancements in fertility treatment have resulted in excellent live birth rates, the overall health of the subfertile man is not well-characterized. In recent years, studies from Europe and the United States, suggest that infertile men experience more comorbidities than their fertile peers, and it has been hypothesized that common etiologies such as hormonal imbalances or in-utero exposures may explain the link.

We found a 45% increased risk of diabetes for men included from 2006 onwards and there appeared to be a dosis-dependent pattern, as men with the most severe type of male factor infertility had the greatest risk. Our findings also indicate an increased risk of both prevalent (61%) and incident (28%) multiple sclerosis. However, while the risk of death was high among azoospermic men no significantly increased risk was observed for men with other types of infertility.

Based on our results, there is evidence to support that men’s reproductive and somatic health are related. More work is warranted to understand the etiology of this association to identify options for monitoring and prevention. Future work should aim to identify the mechanisms linking impaired spermatogenesis to poor health to ultimately improve the long-term health outcomes for these men.

Watch the above video, to hear Clara describe her ReproUnion-funded PhD project.

In 2017 the following articles were published:

Assisted reproductive technology treatment and risk of death, ovarian and breast cancer
By Ditte Vassard, Faculty of Health and Medical Sciences, University of Copenhagen, who defended her PhD on the 26th of February 2020.

The use of hormonal stimulation in assisted reproductive technology (ART) treatment has caused concern due to previous knowledge that some types of cancer are sensitive to hormones. Could the exposure to ovarian stimulation increase the risk of early death and cancer among the women treated? The aim of this thesis was to investigate the association between undergoing ART treatment with ovarian stimulation and later risk of death, ovarian cancer and breast cancer.

The study cohort included all women undergoing ART treatment in Danish fertility clinics in 1994-2016 as well as an untreated sample of the background population. The women were followed in the Danish health registers and population registers.

The initial study on the risk of death showed a lower risk among women initiating ART treatment compared to the background population, indicating that there is a ‘healthy patient effect’, that should be considered in future studies. Women in ART treatment did not have an increased risk of ovarian cancer, except for ART treated women with endometriosis. Whether the increased risk was caused solely by the presence of endometriosis or in combination with the hormonal stimulation could not be determined. The risk of breast cancer was slightly increased among women treated with ART. Higher age at ART treatment initiation appeared to increase the risk, particularly among women initiating treatment above 40 years of age. 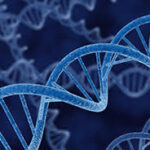 Previous:
microRNAs can be potential new markers of testicular cancer 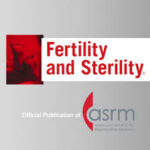 Next:
Study shows no association between the use of protein supplements and semen quality characteristics