On the 6th of May, Fertility & Sterility under the American Society of Reproductive Medicine published the study ‘Semen quality among young healthy men taking protein supplements’.

According to a newly published report by the Danish National Food Institute, 16% of all Danes aged 15-55 years reported having used sports nutrition products during the previous month. Some of these men may later be part of the infertility statistics and wonder, if the use of protein supplements (PS) played a role.

“Our study showed no association between use of PS and semen quality characteristics, which is good news to any men worrying about this. However, we still encourage others to repeat the study, as even a small harmful effect would have a large impact on the population level because of the widespread use of PS among young men,” says Sandra Søgaard Tøttenborg, reproductive and environmental epidemiologist as well as Principal Investigator on the FEPOS project and ReproUnion.

The study used data from the Fetal Programming of Semen Quality (FEPOS) cohort, which ReproUnion co-funded and reported about in December 2019, when it reached 1000 participants. FEPOS is a subcohort of young adult sons born to women enrolled in the Danish National Birth Cohort (DNBC) in connection with their pregnancy in 1996-2002.

“We studied the association between use of PS and semen quality among 778 unselected young men. From April 2017 to March 2019, we invited the sons to complete a comprehensive questionnaire on lifestyle, health, and physical activity, including use of PS, to undergo a clinical examination, and to provide a semen sample,” says Sandra Søgaard Tøttenborg.

There was also collaboration across the border with partners in ReproUnion. The FEPOS technologists participated in an ongoing quality control program with the Reproductive Medicine Centre in Malmö. The Centre was also responsible for sperm morphology analysis (percentage of normal sperm).

You can find the publication of the study here. 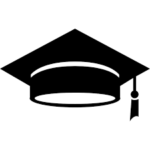 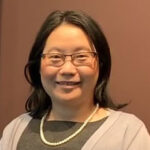