This study is performed by Linn Salto Mamsen at the Laboratory of Reproductive Biology, Rigshospitalet, Denmark, in collaboration with Division of Occupational and Environmental Medicine, Lund University, Sweden.

Background
Most pregnant women are concerned about exposure during pregnancy to chemicals, smoking and frequently used medicines like paracetamol. The latter has been shown to have some effects on gonadal tissue early in pregnancy, effects that may lead to a reduced fertility later in life. Little is known about to what extent chemical compounds such as fluorinated compounds can cross the placenta barrier and reaches the fetus.

Study method
Human fetal tissues are obtained from women who wish to terminate pregnancy before gestational week 12 for other reasons than fetal abnormality. The participating women fill out a lifestyle questionnaire including smoking and drinking habits and her use of over-the-counter medicine. Further, a blood sample is obtained, which is used to define the maternal exposure. Organ samples from the evacuated fetus are obtained together with a placenta sample.

By measuring the concentration of various chemical compounds and medicines in the mother, the placenta, and fetal organs the transfer and accumulation of these can be clarified.

Materials: This study included a total of 39 women and a total of 34 placenta samples, 108 first trimester fetal organs and 24 blood samples were obtained. 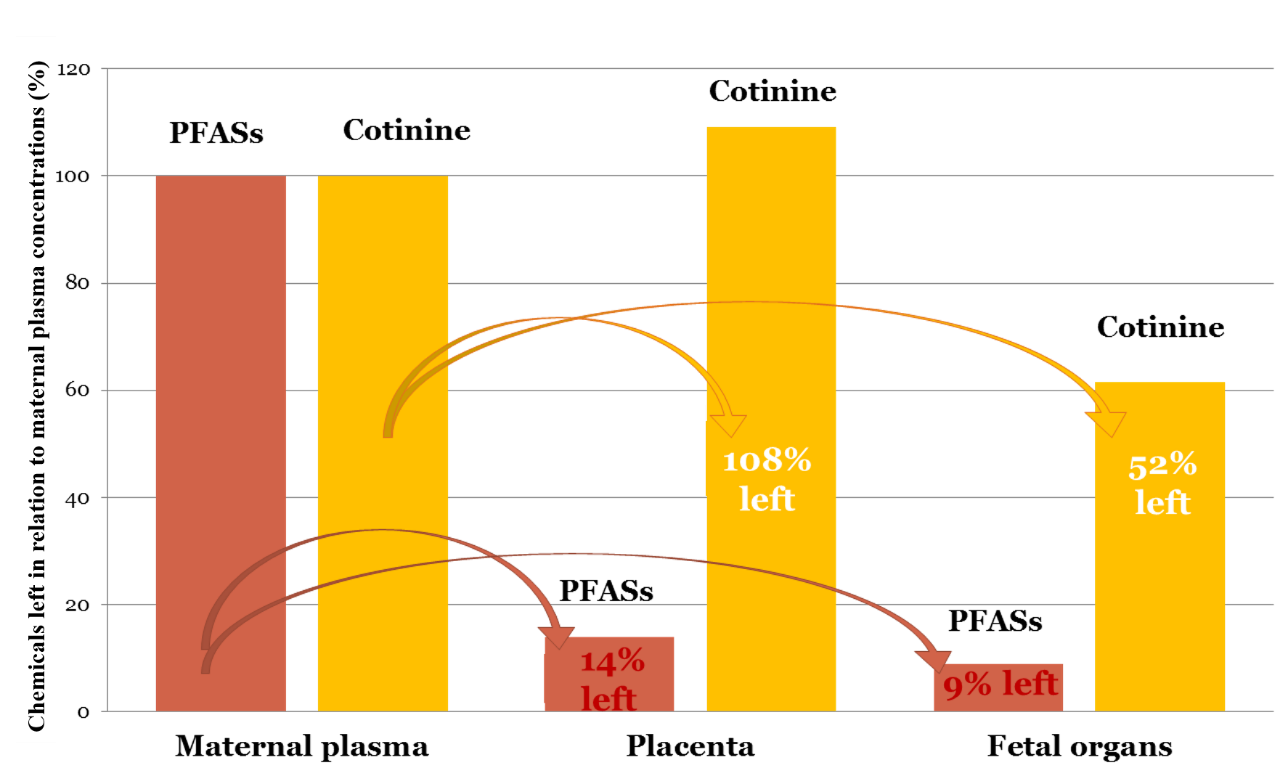 Conclusions: PFAs were transferred from mother to fetus, however with a markedly differently efficacy. The concentrations of PFOS, PFOA, PFNA, and PFUnDA in fetal organs were reduced 7-20 times compared to the maternal levels, which is lower than previously expected by umbilical cord measurements, whereas PFDA was reduced less than four times. The health compromising levels of these substances in fetal life is unknown. Collectively, our results demonstrate that PFASs pass the placenta and reach and deposit to fetal tissues, calling for risk assessment of gestational exposures.

Study 2: Temporal expression pattern of genes during the period of sex differentiation in human embryonic gonads

A global gene expression study in human fetal gonads of both sexes (67 gonads in total) has been performed. Microarray analysis, qPCR, and immunohistochemical staining are included in the study exploring the exact onset of human sex differentiation and initiation of steroidogenesis. A 10 day earlier onset of human steroidogenesis than previously suggested was found as well as the identification of potential new genes, which may be of importance for human sex differentiation are key results from this study. Further, a general massive gene activation is taking place around day 53 post conception in both male and female gonads, suggesting that this is a crucial timepoint during sex differentiation.

See all science projects within ReproUnion