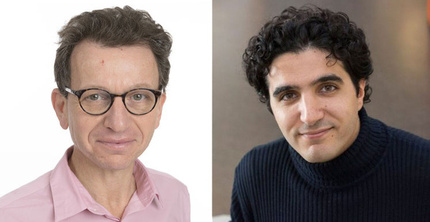 In June Lunds University announced the results of this nation-wide register study, which was published in PLOS Medicine and has been co-funded by ReproUnion.

According to PLOS Medicine the study investigates whether receiving treatment for testicular cancer, being the most common cancer among young men (in child-having ages), leads to a higher risk of fathering a child with a birth defect.

Chemotherapy and radiotherapy have both been shown to cause mutations and genetic damage in animal studies, leading to fears that men being treated with these therapies might be more prone to have children with genetic diseases and birth defects.
By accessing data from Swedish national registries, scientists gathered data on more than 2 million newborns and their fathers. Among them, 2,380 fathers had testicular cancer and they had, in total, 4,207 children.
“When comparing the children conceived after the father received cancer treatment to the children born before treatment, we could not find any evidence showing that chemotherapy or radiotherapy leads to an increased risk of birth defects”, said Yahia Al-Jebari, Post Doc, Reproductive Medicine at Lunds University. He carried out the research with amongst others Aleksander Giwercman, Professor in Reproductive Medicine at Lund’s University and chief physicians at Skåne’s University Hospital.
You can find the Publication via this link to PLOS Medicine, as well as the first news release from Lunds University (in Swedish)

On the 14th of December 2021, Camilla Mårtenson cut the ribbon to new top-modern facilities at Reproduktionsmedicinsk centrum (RMC) in Malmö. “RMC plays such an important and meaningful role and in these challenging times for the healthcare sector it is great with the...

END_OF_DOCUMENT_TOKEN_TO_BE_REPLACED

ReproUnion welcomes Bernadette Mannaerts from Ferring to its Executive Board

In the autumn 2021 Bernadette Mannaerts stepped into ReproUnion’s Executive Board with a passion for drug development and a weak spot for the Nordics. “It has been a pleasure to welcome Bernadette to ReproUnion. With over 35 years in the reproductive medicine...

END_OF_DOCUMENT_TOKEN_TO_BE_REPLACED

The world’s largest male offspring cohort to examine the fetal origin of adult reproductive function – called the Fetal Programming of Semen Quality (FEPOS) was established in 2017 as part of Katia Keglberg Hærvig’s PhD project, funded by ReproUnion. “We needed the...

END_OF_DOCUMENT_TOKEN_TO_BE_REPLACED

On the 4th of August Nature published the findings from a global collaboration of scientists, who have identified nearly 300 gene variations that influence reproductive lifespan in women. This can lead to potential new targets for fertility treatments as well as ways...