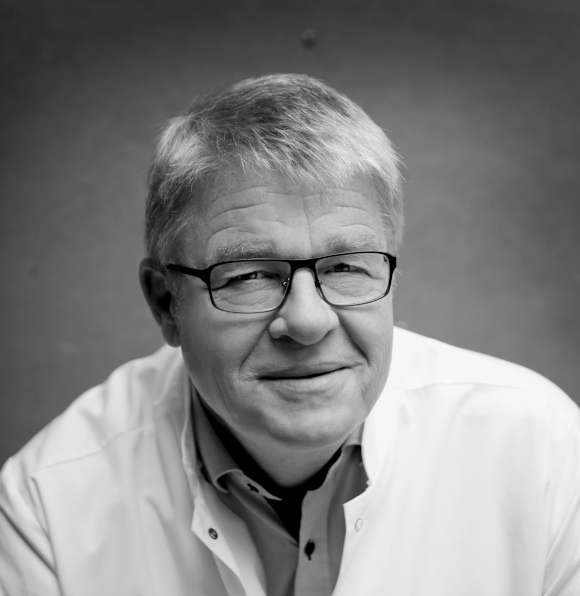 A warm farewell to Chairman Jens Sønksen, who has left the ReproUnion Executive Board

At the General Assembly in June ReproUnion’s management announced that Jens Sønksen had stepped down from his role as Chairman at the end of the first accounting period in ReproUnion 2.0.

“We would like to thank Jens for his tremendous contribution to ReproUnion, both his scientific contribution to the project and not least for his efforts in the Executive Board’, says Petter Hartman, CEO of Medicon Valley Alliance and member of the ReproUnion Executive Board. ‘Jens’ passion for the collaboration during the past 10 years has been crucial for the success ReproUnion has experienced. Now it will be up to us all, whether young or experienced in the team, to continuously support the strong collaboration spirit, to which Jens has always been committed.”

Jens Sønksen is Professor of Urology at the University of Copenhagen and Head of Urological Research Center, Herlev Hospital, Denmark and has published more than 150 scientific papers and book chapters. After obtaining his medical degree in 1988, he earned a Ph.D. (1995) and Doctor of Medical Science (2003) degrees for his work on infertility of spinal cord injured males. Jens Sønksen’s clinical research includes ejaculatory and erectile dysfunction, and in ReproUnion 1.0 he successfully led a research project related to the male factor in infertile couples and how microsurgery can help men with non-obstructive azoospermia to overcome infertility and have biological children.

Jens Sønksen kindly accepted to share a few perspectives on the ReproUnion collaboration:

Which do you consider to be ReproUnion highlights during the past decade?
ReproUnion has created scientific volume and enabled some of the best fertility experts we have in the Øresund region to work together. The patient mobility agreement between Danish and Swedish regions has been a key milestone, enabling patients to be recruited for research projects from both sides of Øresund. ReproUnion has also helped strengthen the triple helix collaboration between the universities, hospitals and industry in the region. Finally, it has been rewarding to see the network of young researchers within reproduction grow stronger through the ReproYoung association and their impressive conferences. ReproUnion has indeed contributed to the sum being greater than its parts for (in)fertility research as well as for the benefit of patients and fertility awareness overall.

What would you say is a key strength in the cross-border collaboration?

The ReproUnion brand cannot be underestimated. We have developed a strong brand that is increasingly recognized, not only in Denmark and Sweden, but also internationally. This was acknowledged when the EU commission last year chose ReproUnion as a finalist to the RegioStars award as an outstanding interregional project. The brand only grows stronger through the collaboration of key experts and the joint work to continuously help overcome infertility challenges. The patient mobility agreement is a key result of the cross-border collaboration that not only benefits the patients, but also demonstrates to politicians that cross-border collaboration is possible.

What would be your final piece of advice to the ReproUnion team?

Always look for the possibilities and solutions instead of the problem and ask yourself:  “how can we make this happen!”.

The world’s largest male offspring cohort to examine the fetal origin of adult reproductive function – called the Fetal Programming of Semen Quality (FEPOS) was established in 2017 as part of Katia Keglberg Hærvig’s PhD project, funded by ReproUnion. “We needed the...

END_OF_DOCUMENT_TOKEN_TO_BE_REPLACED

New study shows how gene-mutation can lead to male infertility

Around 2 percent of all men are not producing sperm cells and would therefore not benefit from fertility treatment to become biological fathers. In collaboration with scientists from 20 Universities around the world, ReproUnion colleagues at Rigshospitalet have now...

END_OF_DOCUMENT_TOKEN_TO_BE_REPLACED

Significant press coverage and publication in Andrology marks the first year of RUBIC!

In June, the message about the ReproUnion Biobank and Infertility Cohort (RUBIC) spread across Danish, Swedish and scientific media – exactly one year after RUBIC enrolled the first infertile couples! “Today every 10th child is conceived after fertility treatment and...

END_OF_DOCUMENT_TOKEN_TO_BE_REPLACED

Infertility affects 15-26% of Danish couples. Male infertility plays a role in approximately half of the cases and a rather large proportion of those are still unexplained. Male reproduction is complex. It requires strict regulation of hormonal feedback loops as well...

END_OF_DOCUMENT_TOKEN_TO_BE_REPLACED

It is with great sadness that we received the news that Professor Bernard Jégou from Rennes, France, has passed away on the 11th of May 2021. Bernard Jegou was one of the world’s leading reproductive researchers and a person with whom scientific collaboration quickly...