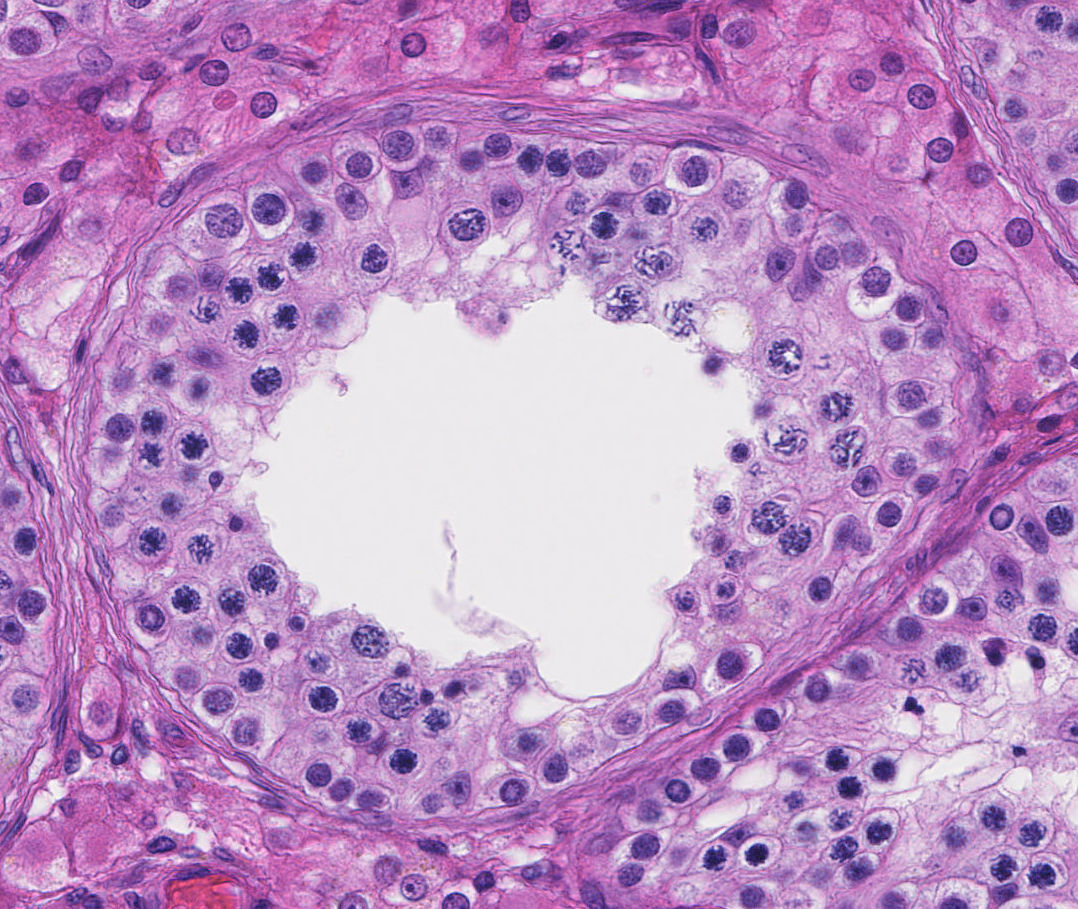 New study shows how gene-mutation can lead to male infertility

Around 2 percent of all men are not producing sperm cells and would therefore not benefit from fertility treatment to become biological fathers. In collaboration with scientists from 20 Universities around the world, ReproUnion colleagues at Rigshospitalet have now found one of the reasons for the missing sperm cells.

“By chance, we found four men in the study who all had mutations in a gene that turned out to be crucial for sperm-cell production. The gene that had mutated in the four childless men is called PNLDC1. The gene shortens small pieces of RNA known as piRNA, which are exclusively found in the sperm-producing cells in the testicles. If piRNA’s don’t have the right dimensions, they don’t work, meaning that no sperm cells are produced. We could see that the piRNA’s in the four men were the wrong size, they were long, and therefore the cells that usually form sperm cells had perished,” explains Associate Professor, Kristian Almstrup in a news announcement from Copenhagen University Hospital – Rigshospitalet.

Today New England Journal of Medicine (NEJM) publishes the article Variant PNLDC1, Defective piRNA Processing, and Azoospermia, which for the first time describes the mutations in the PNLDC1 gene and the role of piRNA in relation to infertility. This new knowledge is relevant to consider when diagnosing infertility.

“If a couple are having problems becoming pregnant, we now have new knowledge which may be relevant to take into account, if the man has a sperm count of zero. If we can also see that the piRNAs aren’t working as they should, then he is unlikely to become a biological father and the couple should be advised on other options to have a child, such as for example with donated sperm or through adoption or whatever else the individual family or couple feel is right for them,” says Kristian Almstrup from the Department of Growth and Reproduction at Rigshospitalet.

The rare genetic variant was identified as part of a ReproUnion supported PhD project. “In my PhD I wanted to investigate the influence of genetic variants on testicular function, and I found that both common and rare genetic variants play different, but significant roles for male reproduction. The rarely encountered variants could cause complete arrest of spermatogenesis,” explained Nina Mørup Nygaard in June and now she is excited to see her results published in a high-profile article in NEJM.

Significant press coverage and publication in Andrology marks the first year of RUBIC!

In June, the message about the ReproUnion Biobank and Infertility Cohort (RUBIC) spread across Danish, Swedish and scientific media – exactly one year after RUBIC enrolled the first infertile couples! “Today every 10th child is conceived after fertility treatment and...

END_OF_DOCUMENT_TOKEN_TO_BE_REPLACED

Infertility affects 15-26% of Danish couples. Male infertility plays a role in approximately half of the cases and a rather large proportion of those are still unexplained. Male reproduction is complex. It requires strict regulation of hormonal feedback loops as well...

END_OF_DOCUMENT_TOKEN_TO_BE_REPLACED

It is with great sadness that we received the news that Professor Bernard Jégou from Rennes, France, has passed away on the 11th of May 2021. Bernard Jegou was one of the world’s leading reproductive researchers and a person with whom scientific collaboration quickly...

END_OF_DOCUMENT_TOKEN_TO_BE_REPLACED

With their RESPOND project, Professors Eva Hoffmann and Anja Pinborg have received DKK 10 million from the Novo Nordisk Foundation and its Tandem Programme, which seeks to stimulate the transition of basic research to clinical practice and vice versa. Human oocyte...

END_OF_DOCUMENT_TOKEN_TO_BE_REPLACED

On the 8th of April 2021, Professor Eva Hoffmann was among the first presenters at the virtual ’Best of ASRM & ESHRE 2021’ conference with her lecture on Molecular mechanisms behind women’s biological clock. The lecture was in the cutting-edge track, illustrating...